Kingdom Hearts vs Resistance is an fan-fiction crossover story between Kingdom Hearts, and the Resistance franchise of video games by Insomiac Games. The story can be read through the following link: http://www.fanfiction.net/s/9400683/1/Kingdom-Hearts-vs-Resistance

The plot is set right after Kingdom Hearts II and becomes an alternate timeline for the Kingdom Hearts and Resistance storylines. Some of the events are inspired by events in the first three kingdom hearts games, and the first two resistance games.

The story is that Sora, Kairi, and Riku are exploring the island they used to play on and kairi and sora return to the secret place(despite the fact that the door is still there). However while exploring Kairi accendently uses her powers as a princess of heart to open the door again but this opens a worm hole showing a ruined town. However the wormhole unleashes the [[Chimera] with Joseph Capelli, while resurrecting Daedalus, and the first Crawler to come through infects Kairi in the process, leaving her unconsious. After a while the group exits the cave to a wrecked Destiny Islands. They find out that Nathan Hale was also ressurrected as well. They leave the island on boats, but a Chimera dropship attacks and manages to capsize Sora, and Riku's boat. Sora awakes on the mainland beach, and soon Kairi reawakens, with golden eyes. They arm themselves and decide to head for the town hall to search for survivors. They Sora discovers his Parents were killed by the Chimera and evens goes as far to bash a Steelhead's skull in for revenge. They soon reach town hall after a night of uneasy rest and find out that SRPA and Malikov are present. They prepare to leave the island after an excrusating battle. Fyodor Malikov also explains that Kairi's status as a Princess of Heart gives her an immunity but must still be given the Hale vaccine, which more must be made.

A prequel has just entered pre-stage development. The plot like its' in-progress pedecessor will continue from where Aqua's story in Kingdom Hearts: Birth by Sleep ended, but is set prior to her arrival into the realm of darkness, but is instead set in the Resistance universe, and is a joint plot with Resistance: Retribution, a third person shooter also released as a PSP exclusive. It is set to be called Kingdom Hearts vs Resistance: Aqua's Retribution. A sequel is also being planned. They will be exclusive to fanfiction.net. 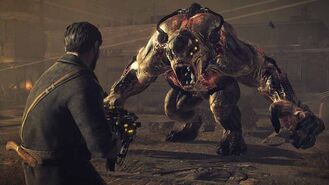 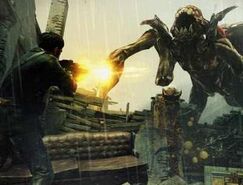 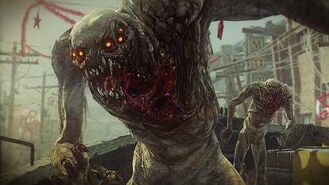 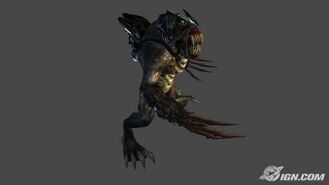 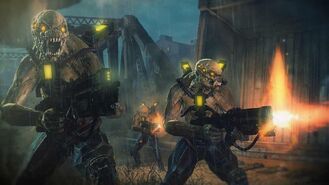 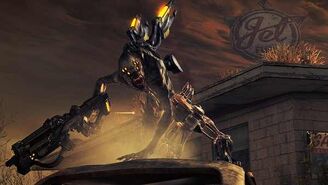 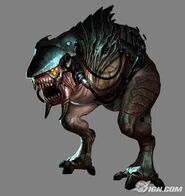 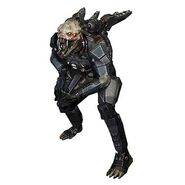 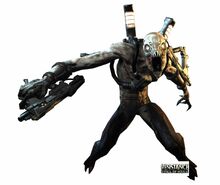 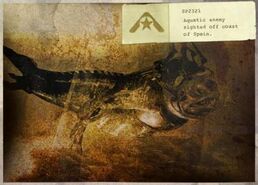 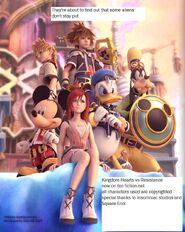 Add a photo to this gallery

Retrieved from "https://kingdomheartsfanfiction.fandom.com/wiki/Kingdom_Hearts_vs_Resistance?oldid=25952"
Community content is available under CC-BY-SA unless otherwise noted.